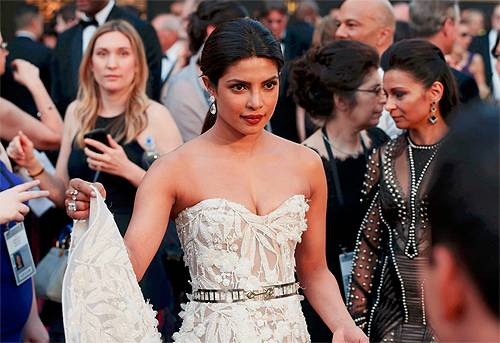 LOS ANGELES: Bollywood actress Priyanka Chopra, who is one of the presenters at 88th Academy Awards, stunned the red carpet in one of the elegant creations designed by Lebanese designer Zuhair Murad 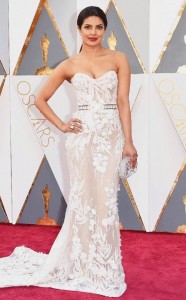 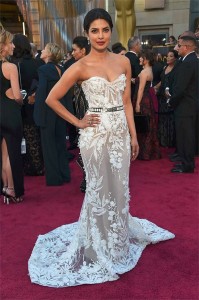 The gown was taken from designer's spring summer 2016 collection. 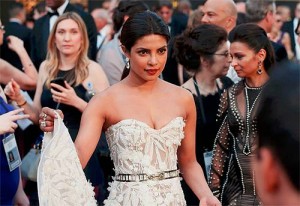 Earlier Priyanka's "Bajirao Mastani" co-star Deepika Padukone wore one of the red lace gown by the same designer at one of the Indian awards ceremony.