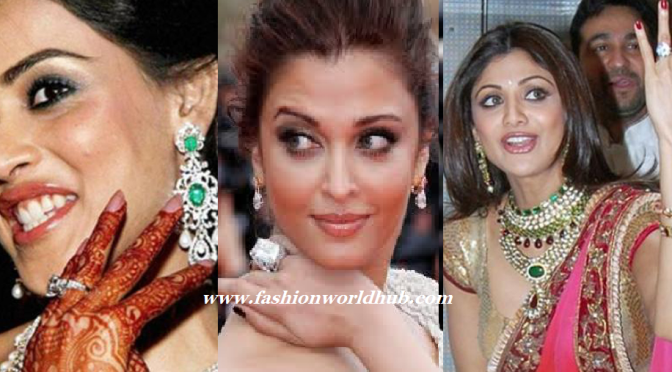 Getting married to a former Miss World is quite a mean feat, and Abhishek Bachchan is no leaving no stone unturned in keeping his lady happy; a huge 53 carat one, in fact – We speak, of course, of the glittering rock worth roughly 5 million that Aishwarya was gifted on saying ‘yes!’ Being married to a wealthy businessman sure has its own perks and we’re guessing the 20 carat solitaire adorning Shilpa’s finger,  to be worth 3 crore, is just one of them. The seven carat sparkler that Kareena gifted herself in 2009 meant that beau Saif had a lot to live up to, but he still managed to up the stakes by gifting his Begum a massive solitaire while proposing – A small price, if you ask us, for being married to one of Bollywood’s most coveted divas. 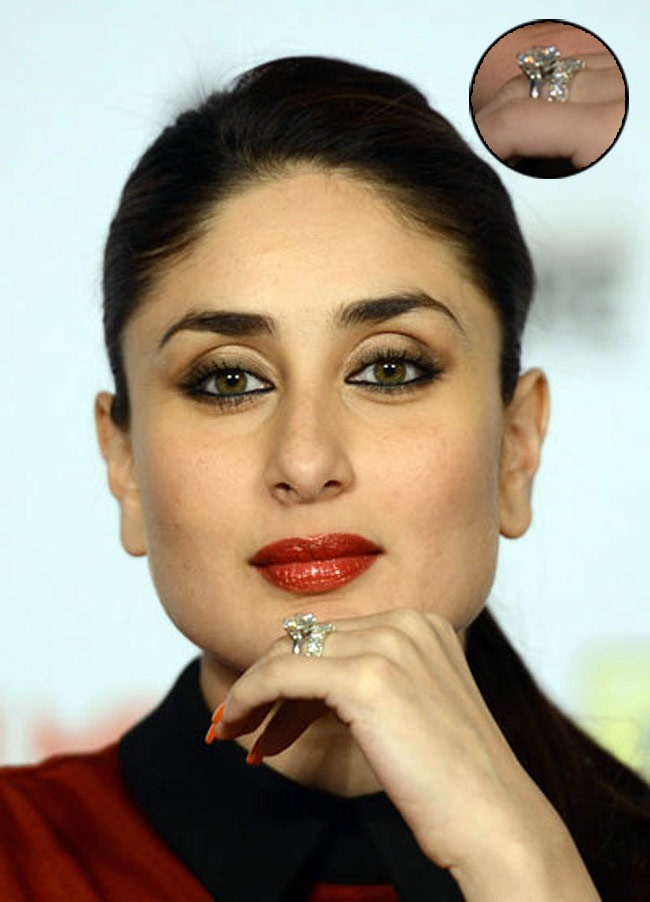 While the exact value of the sparkler that actor & son of noted politico Riteish Deshmukh gifted his long time partner Genelia is not known, but given that she has lost no chance to flash it at the paps, we’re guessing that it must have been worth a bundle. Quite a few of them, in fact. 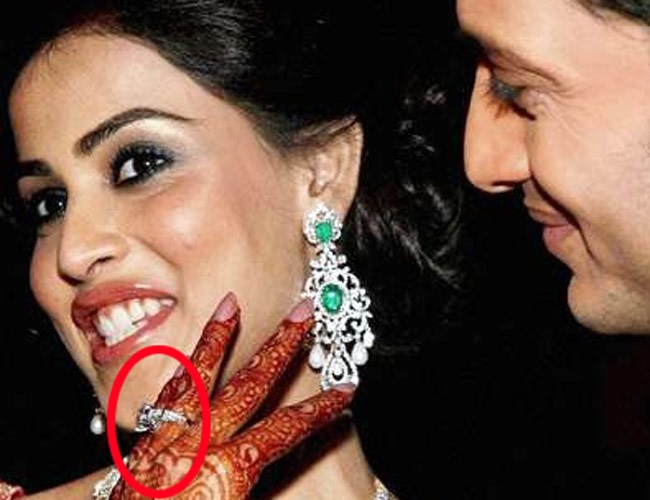 Esha Deol’s engagement ring had a solitaire in the middle and many little diamonds studded on the band. Her husband Bharat Takhtani gifted Esha another ring on their wedding day! 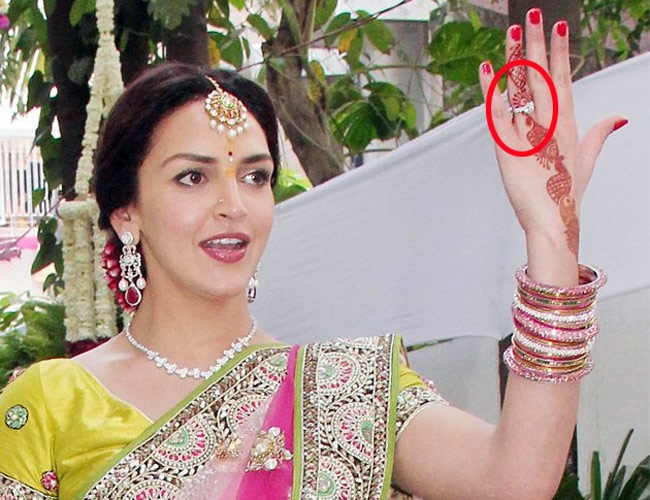