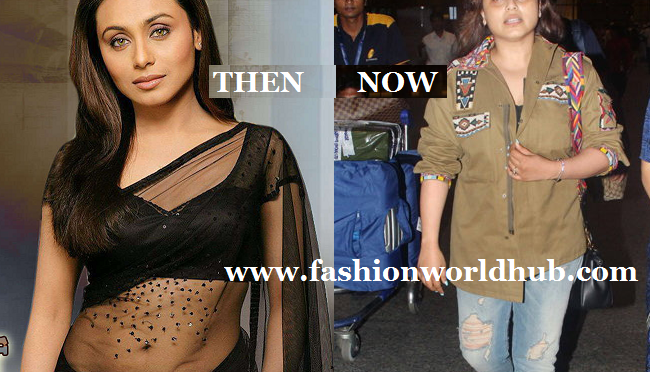 Bollywood actress Rani Mukherjee is one of the most talented actress. Rani Mukerji has tied the knot to Aditya Chopra in 2014. Rani Mukerji and Aditya Chopra are blessed with a baby girl named Adira on 9 December 2015. Ever since Rani tied knot to Adi, she kept herself away from the media glare, she hardly made any appearances. After that Rani went to Paris for the few months as Adi was busy shooting Befikre starring Ranveer Singh and Vaani. But recently, after 7 months of her delivery Rani is back in town and last night she was snapped at the airport.