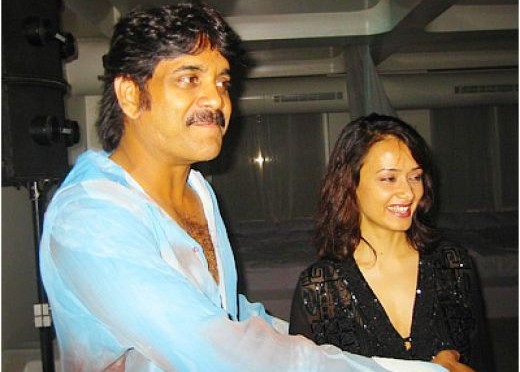 Nagarjuna is well known in the Telugu film industry as Romantic hero who is same like his father ANR. He is 56 years now but still has the ‘Greek veerudu’ charm as fresh as ever! Nagarjuna was also the prince charming of many female fans across South India! While working for Ram Gopal Varma’s Shiva, Nag met the love of his life Amala, who was and still is one of the most beautiful women in the film industry. After dating for two years, the couple tied a knot in 1992.

Check out these rare pictures of Amala and Nagarjuna!