Everything about Baahubali 2 is making news. The infant baby who was shown as infant Mahendra Baahubali in the scene where Ramya Krishnan aka Sivagami gets drowned holding him above the head is a baby girl and not baby boy. 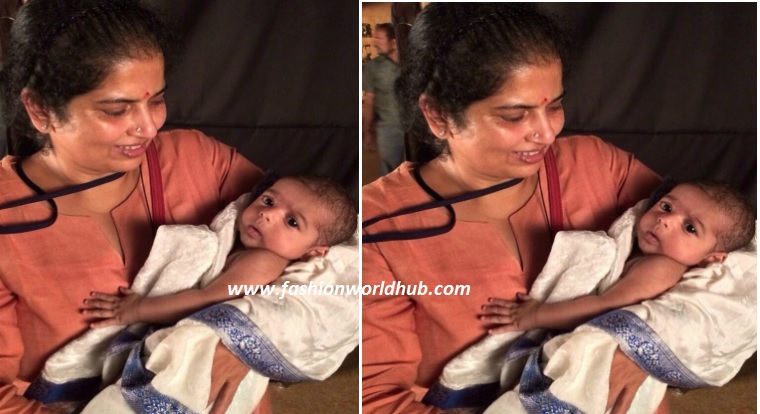 As per the socail meida reports understand that  the baby name is Akshitha Valslan, who was all of 18 days when she played the infant warrior prince, Mahendra Baahubali.

Akshitha is the daughter of Valslan and Smitha of Neeleswaram. Valslan was the production executive for the movie in the Kerala location and that’s when the baby got the unique opportunity of being part of the movie. It took almost five days to shoot her scenes.

And the below picture of prabhas holding a baby is also went viral in the internet  actually the baby is not the same where ramyakrishna is holding he is one of the  child of a fan who came visiting Prabhas on the film’s sets.