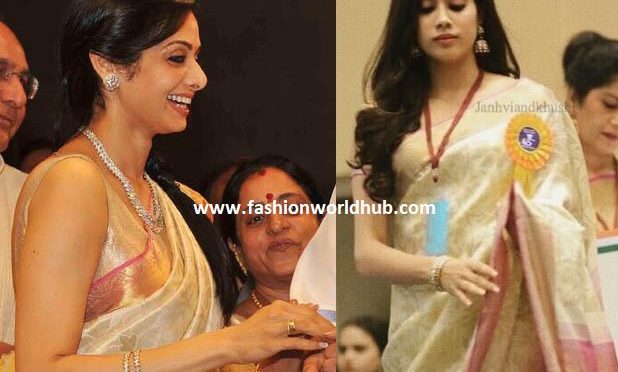 Janhvi Kapoor  attended the National Film Awards ceremony today to receive the best actress award on behalf of her mother.  Boney Kapoor  Jhanvi and Khushi attended the National Film Awards today where the late actress, Sridevi, was awarded as the best actress for her last released film, Mom.  For that event Jhanvi was wearing seen in her mother, Sridevi’s saree . 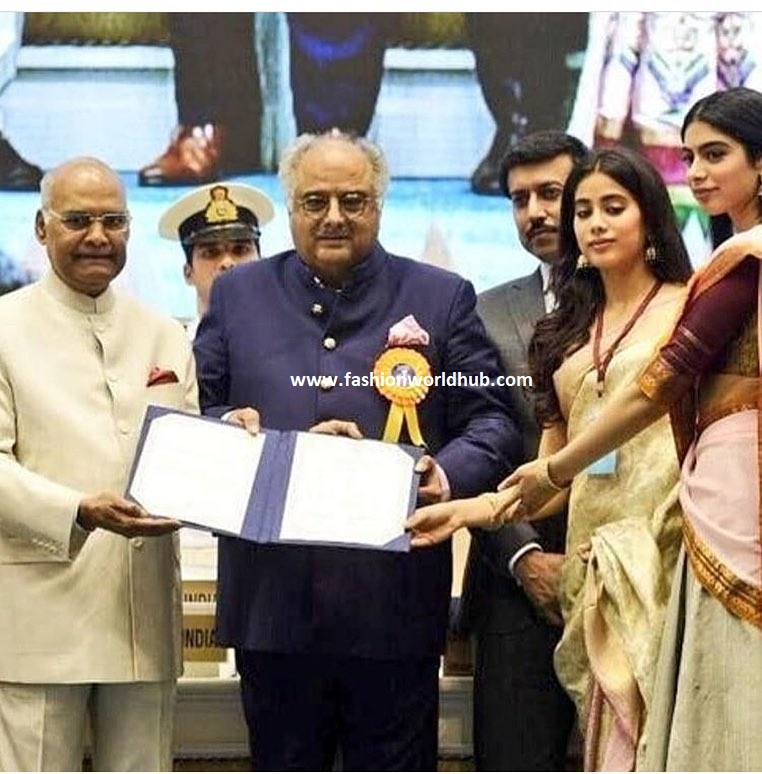 Lately, Manish Malhotra  posted on  social network site stating  Janhvi is dressed up in her mother’s saree for the awards ceremony and it is a quite emotional time for all three of them. Here is the picture of Janhvi in Sridevi’s saree. 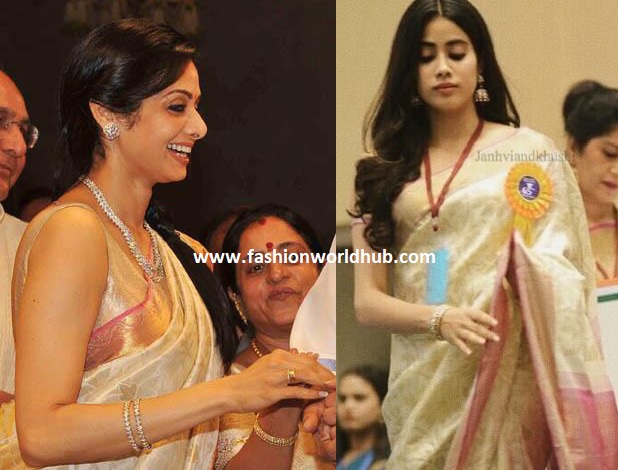