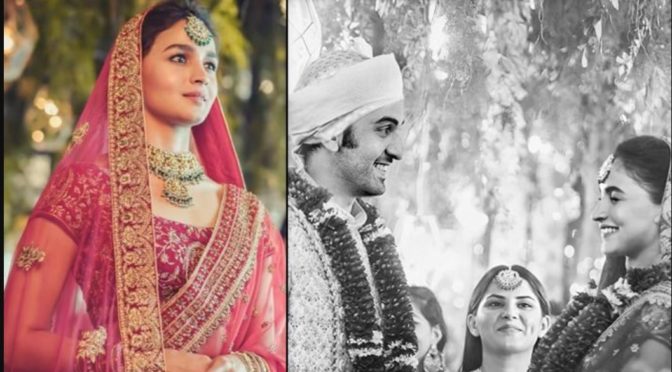 Complete internet is breaking with Lovebirds Ranbir Kapoor and Alia Bhatt .  It’s been a  talk of the town for quite a long time now. Both actors were recently spotted together at Ambani’s Ganesh Chaturthi celebrations.  Fans are waiting about their wedding news and  one of the fan of ranbir made the below  photoshoped and posted in Instagram .   In the pic Ranbir and Alia posing as bride and groom have gone viral on the internet.  On the work front, both the actors will be seen together on silver screen for the first time in Ayan Mukerji’s directorial ‘Brahmastra’. 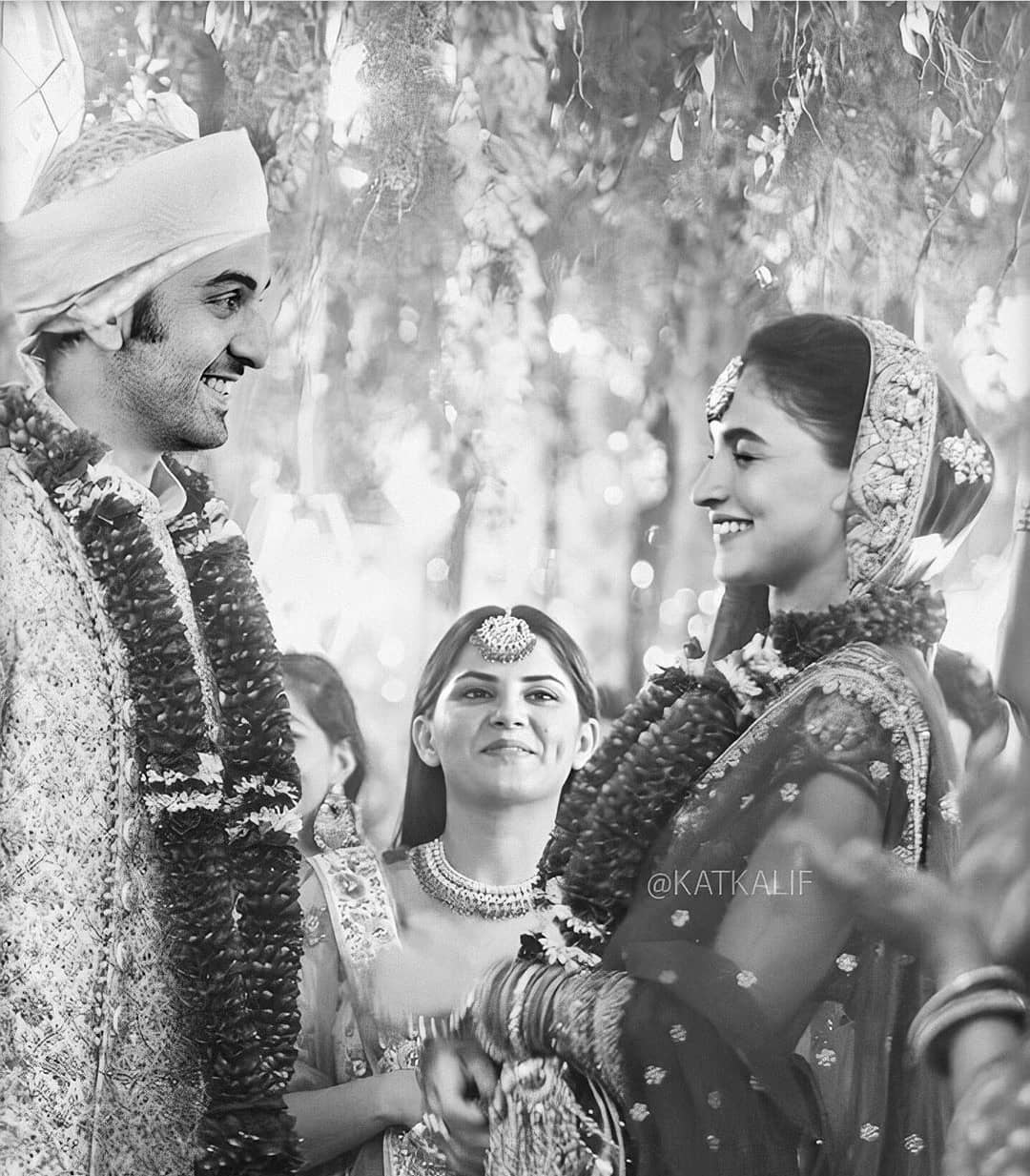 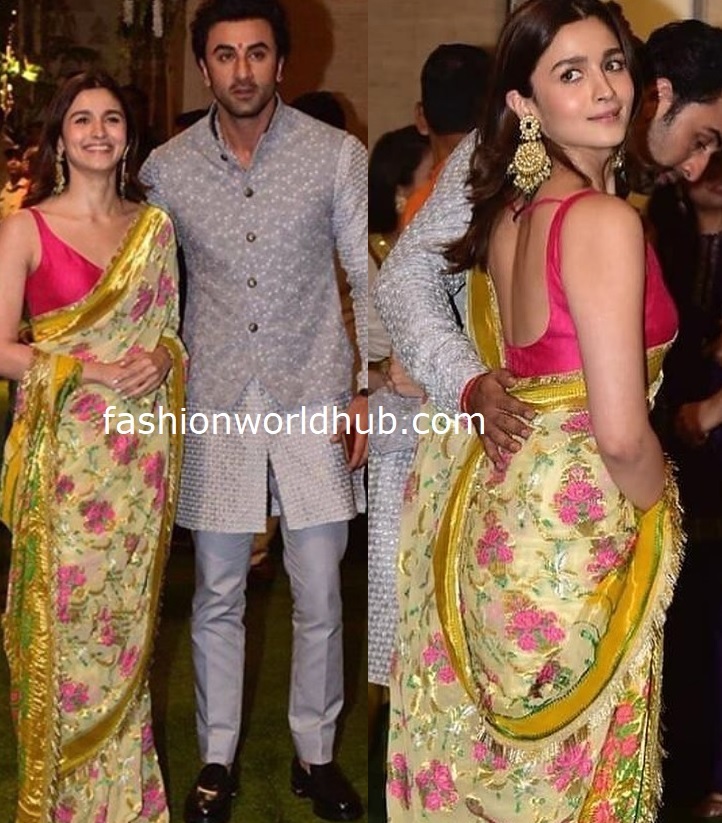