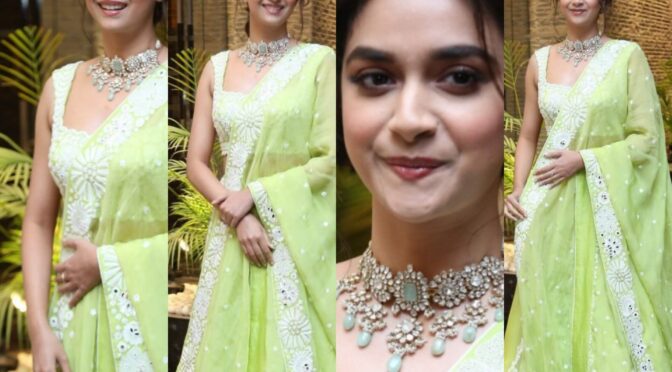 Well we see many of the top budget movies have postponed due to this third wave pandemic. But where as the low budget movies went a head and started released in theatres following the protocols of government. Recently the movie makers of “ good luck sakhi” have decided to release the movie in theatres and the pre release event was happened in the recent week and we see lot of good reviews from the audience. For the pre release event we see keerthy suresh was opted the lime green lehenga set from the brand Mishru and we see Ram charan was the Chief guest for this grand pre release event. 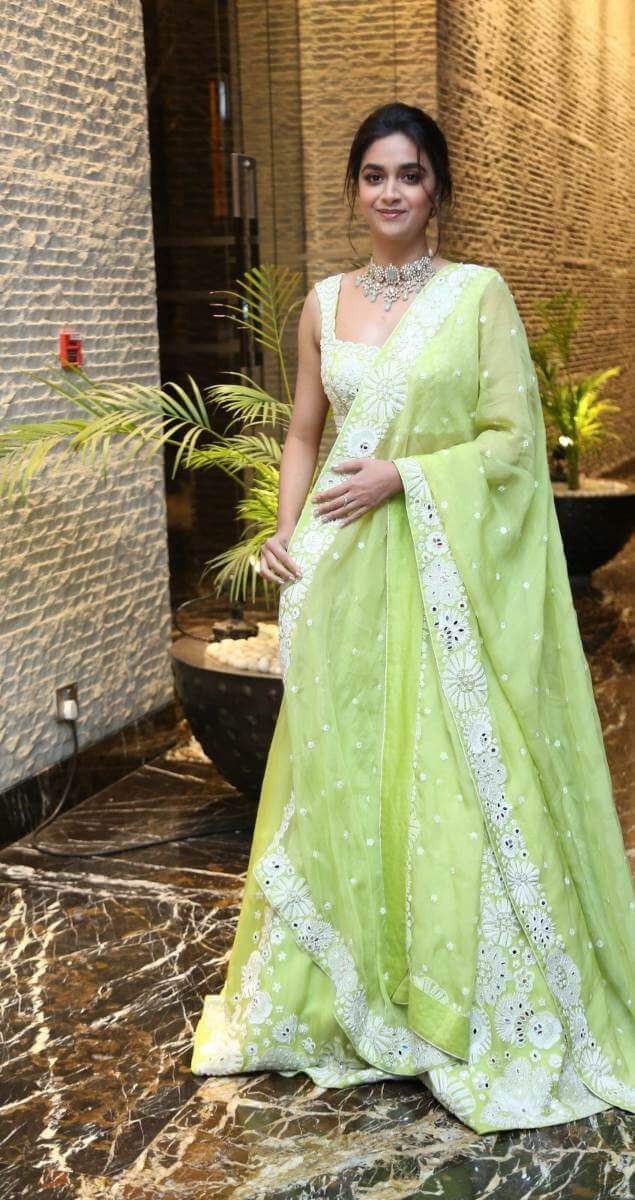 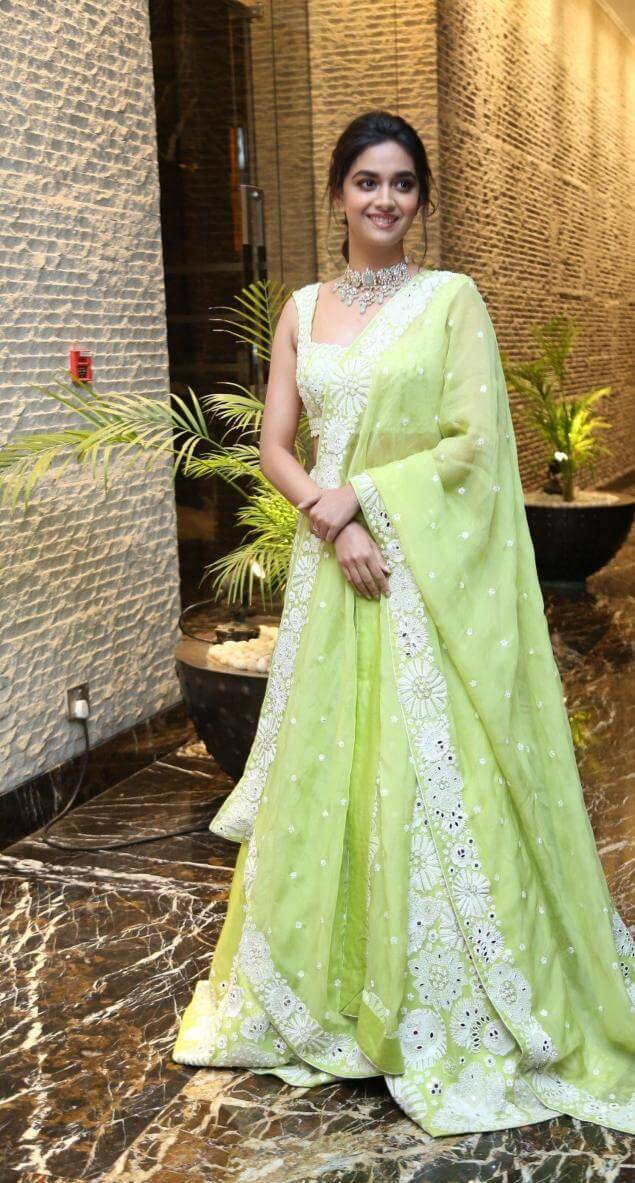 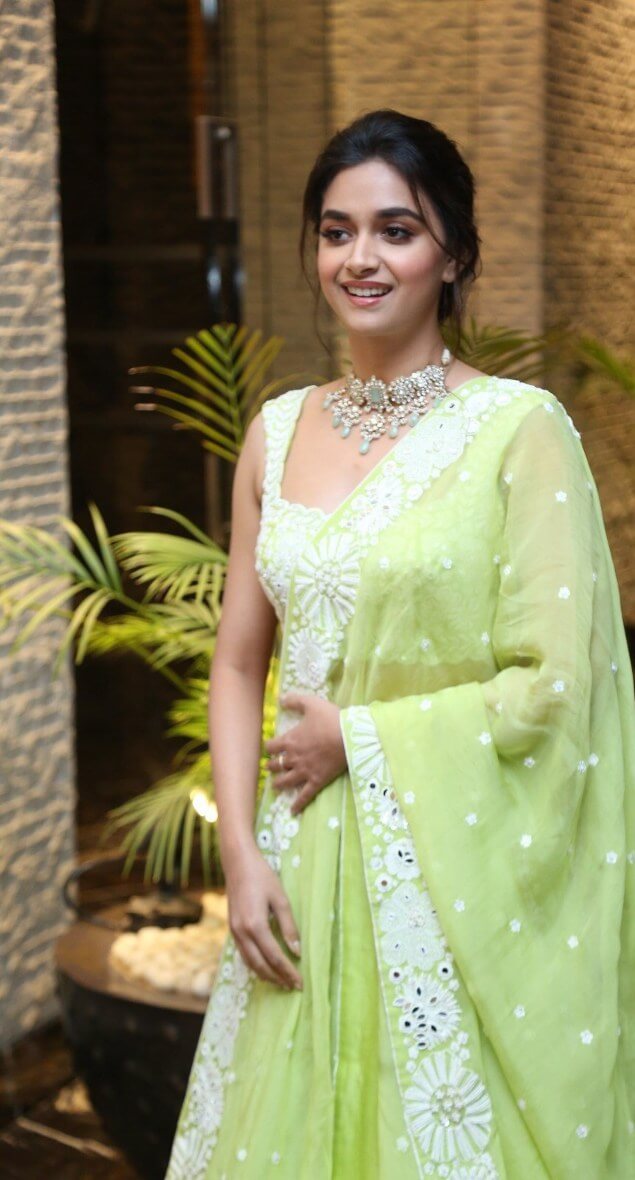 Keerty decided to ditch the earrings and was opted the polki diamond jewellery from the brand jatinmore jewels. Her look was finally rounded with blushed cheeks, detailed eye makeup, messy bun and glossy lips. She looked good. 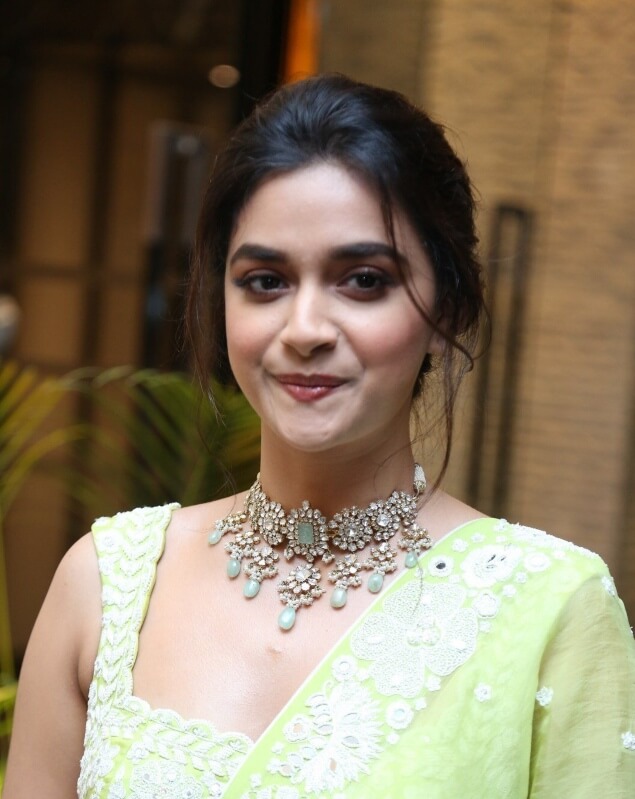