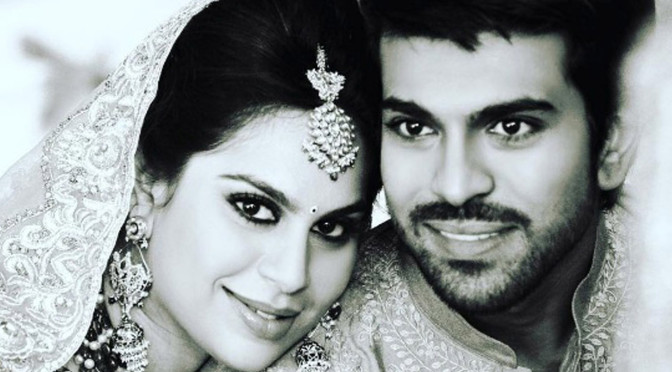 Ram Charan is an Indian film actor, dancer, producer, businessman and entrepreneur,Charan got  married  to UpasanaKamineni, the vice-chairman of Apollo  on 14 June 2012 at the Temple Trees Farm. Here are couple of rare pictures of the couple.

Ram Charan shocked his female fans when he announced he was getting married to Apollo Group heiress Upasana Kamineni. The couple have been friends for years, however, not many many aware of their relationship.