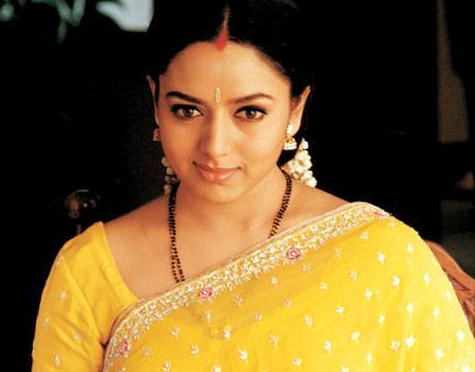 Soundarya Raghu (born Sowmya Satyanarayan) (18 July 1972 – 17 April 2004) was an Indian film actress and producer known for her works predominantly in Telugu cinema. She was also starred in few Kannada, Tamil, Malayalam, and Bollywood films in lead roles.
In 2002, she has received the National Film Award for Best Feature Film as producer for the Kannada film, Dweepa.

During the peak of her career, Soundarya died in an aircraft crash near Bangalore on 17 April 2004 when she was on her way to Andhra Pradesh to campaign for the Bharatiya Janata Party.