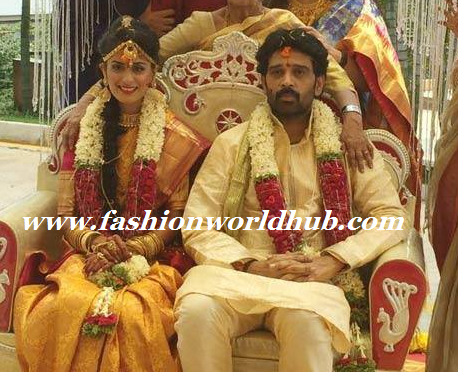 After refusing marriage for many years, JD Chekravarthy got married to an actress recently.. The news is that he has married quietly in a low-key affair.  Anukruti Govinda Sharma is the bride’s name.

Their marriage was attended only by his close friends and family members!

The 46-years-old actor-director was convinced to marry by his mother Shantha, a Carnatic singer.  JD began his acting career with Siva way back in 1989.  But it was with Satya (1998) that he got the first break in Bollywood.