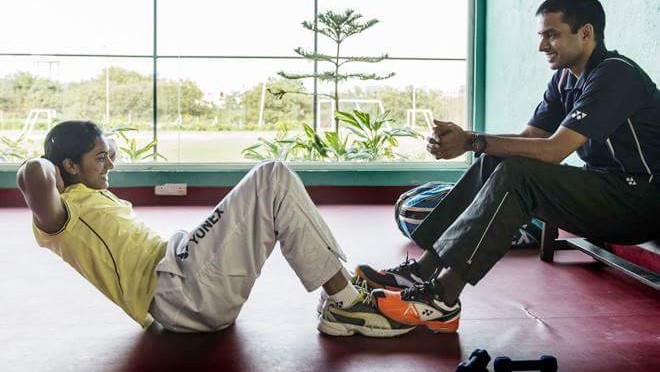 Many Feminists are feeling sad why a man called Gopichand is getting so much credit for Sindhu's win ?

This is about an Indian who mortgaged his home for 3 crores to build an academy. When govt had given him 5 acres land in Hyd for winning All England championship he didn't use it for commercial purpose [land cost would be in billions in that area] he used it for sports. He took donation of 5 crore from a philanthropist with a promise that he will get atleast one Olympic medal [he got two].
He lost in 2000 Sydney olympics as he didn't have any coach to guide him in the match. So he felt he will give others what he didn't get. He works from 4am to night for coaching. When he first became official indian coach there was a protest from players saying that his training is too hard for indians. But though he is very soft in real life he is the very hard master in coaching just like chinese coaches. Hence he has breached chinese wall through his proteges. He is worth all the praise he is getting
That is the reason Sindhu's parents credited Sindhu's victory to Gopi after all they know his contribution than any one else

We need 100 Gopichands for india who will find hidden diamonds like Sindhu and make them champions. You can't become a champion with only your talent. You need infrastructure guidance and technology behind you.
Govt has to do it – but Gopichand is doing it for Badminton in india.