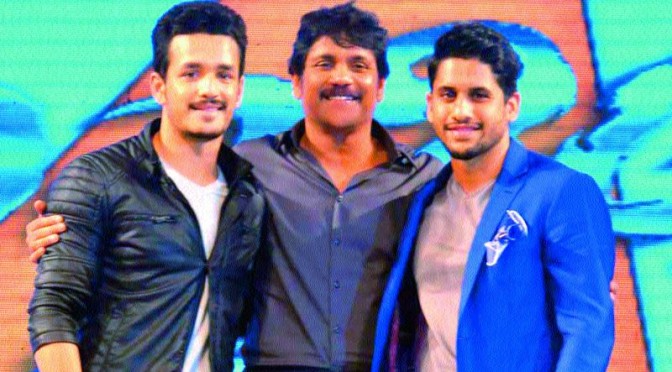 Romantic hero Nagarjuna say's that   he does not want to deprive himself the pleasure of enjoying two weddings.

Akkineni Nagarjuna is very cheerful — his 57th birthday is coming up; he’s  shooting for a mythological drama after long, and both his sons have found the loves-of-their-life.

“Both Naga Chaitanya and Akhil have found their soulmates. Career-wise, they are finding their individual bearings. Yes, Akhil’s debut was not up to the mark. We’re being very careful about his second film. It will be announced in about a month’s time.”

Nag however denied rumours of a joint wedding for both his sons! “No, no! No joint wedding for Naga Chaitanya and Akhil. I don’t want to deprive myself the pleasure of enjoying two weddings. We haven’t even fixed the dates. The decision is entirely theirs. I’ve never interfered in their lives, I am there to guide them when they want,” Nag clarifies.

The actor also intends to have a working birthday this time by shooting for Hathiram Baba. “I can’t think of a better way to celebrate my birthday,” he concludes.