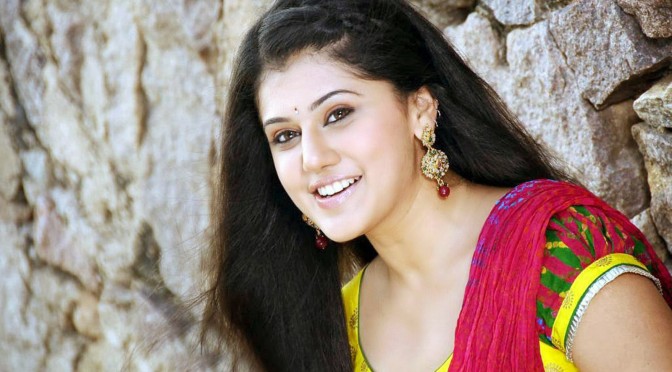 Taapsee Pannu (born 1 August 1987) is an Indian model and actress, who mainly works in the South Indian film industry, though she has also appeared in Bollywood films. Taapsee worked as a software professional and also pursued a career in modelling before becoming an actress. During her modelling career, she appeared in a number of commercials and won titles such as "Pantaloons Femina Miss Fresh Face" and "Safi Femina Miss Beautiful Skin" in 2008.

One of the famous film " Mogudu" bought name and fame in telugu film industry. We wish Tapsee a Very happy birthday!