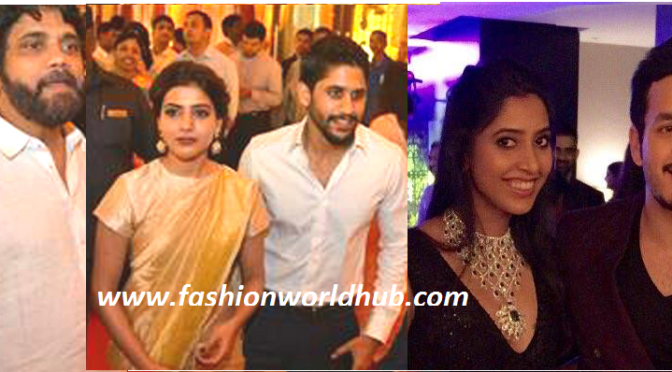 Well we have been hearing the rumors that akkineni nagarjuna son's are soon going to get engage. YES it is a confirmed new's now. Sources says that Amala and Nagarjuna have finalized the date of his younger son.Akhil who is 22 is an upcoming star. Akhil will complete his second film with director Vikram Kumar before tying the knot.

Actor and younger son of Tollywood superstar Nagarjuna Akhil Akkineni, will get engaged to city-based designer Shriya Bhupal in Hyderabad on December 9 however wedding will take place next year and they haven't yet finalized the dates." .

Akhil and Shriya have known each other for many years and they are tying the knot with the consent of their families.

Meanwhile, the source added that there's no clarity about the marriage of actor Naga Chaitanya, the elder son of Nagarjuna.