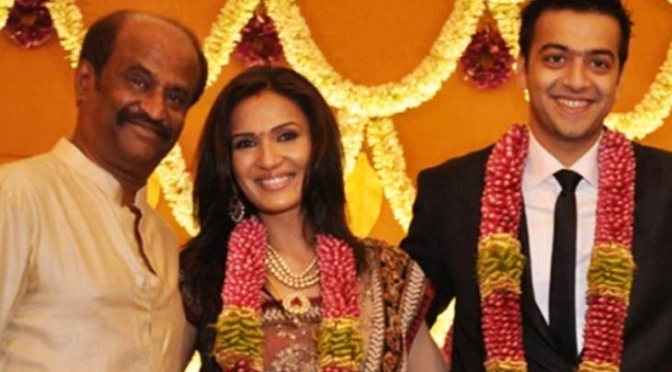 Rajanikanth second daughter Soundarya and  industrialist Ashwin got married in 2010, and they have a one-year old son. She is an graphic designer by profession and have worked as a producer for couple of films in Tamil industry and she is the founder of Ocher picture productions

The Couple has filed the divorce in the court saying that they have a difference of opinion from past few months and they would like to file a divorce. Its been 6 months now they are living separately!

Different sources says that the reason behind their divorce is "loss of intrest and love" and the both are hardly interacts with each other. Even after dating for four years, the couple tied the knot just for the sake of it.

Soundarya and Ashwin have a one-year-old son named Ved who was born in March 2015.