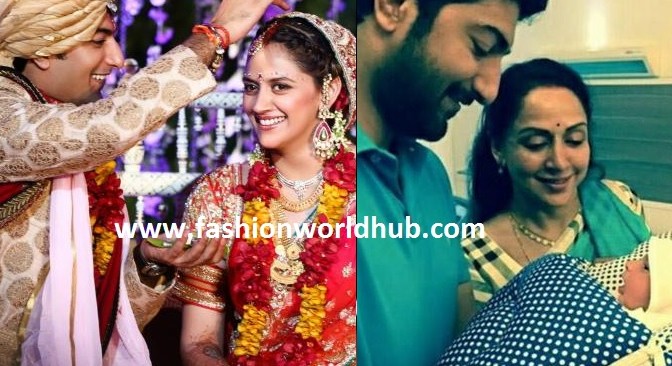 Ever green couple  Dharmendra and Hema Malini became grandparents previous year  when their younger daughter, Ahana became a mother of a cute little baby boy. Till now they have ever shared the pictures of their baby very recently they have  posted on social network sites. 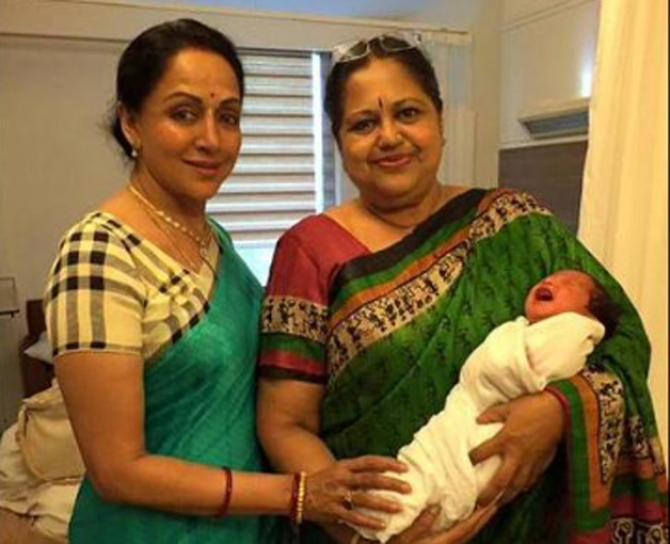 Ahana and her husband, Vaibhav got married in 2014 and became proud parents to a baby boy on June 11, 2015. The couple named their little bundle of joy ‘Darien Vohra’.