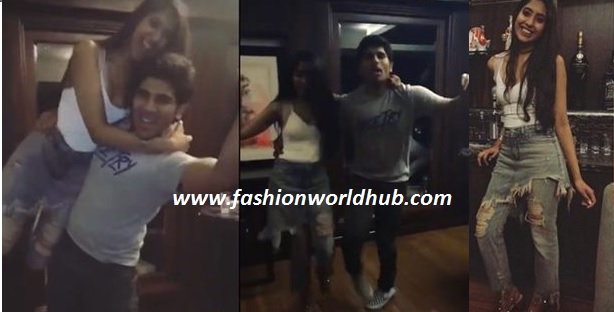 After getting engaged to Akhil akkineni  shirya bhupal has become famous like  a celebrity. Ofcourse the engagement is already broken due to various reasons. Hyderabad’s fashion designer and daughter of industrialist Shalini Bhupal and granddaughter of GVK Group’s head GVK Reddy,

Shriya Bhupal’s pics with Mega Hero Allu Sirish  is doing halchal in the internet   . In the pictures, Allu Sirish and Shriya enjoyng the party. After watching them together, Everyone got shocked  but allu sirish has posted the below picture with a clarity have a glance of the message that is been twitted by Allu sirish.

Go through the below message that’s been twitted by All sirish..  That shriya is her baby sister…  A close picture of shirya and allu sirish made hal chal in the internet..  hope he clarified the point now…