At Anil kapoor house a grand celebrations of his elder daughter sonam kapoor wedding celebrations are began. Celebrations has began with mehendi ceremony and yesterday sangeet function was grandly celebrated and was attended by their close friends and family members. . 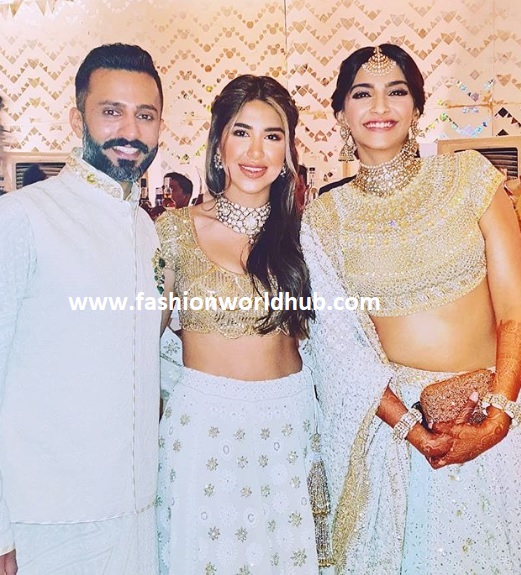 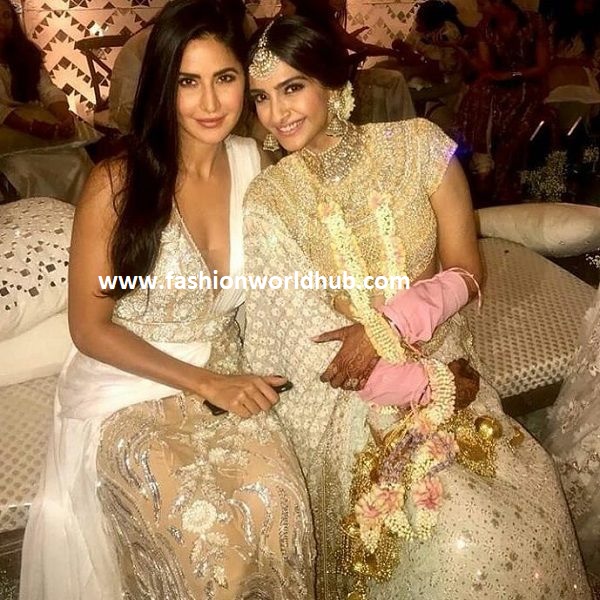 Sonam kapoor absolutely looked stunning at her sangeet event. She was seen in beautiful White embellished lehenga by Abu jani sandeep khosla and she further enhanced her look with Statement polki diamond choker paired with jumkhas from Sunita kapoor collections and her maang tikka completed her bridal look and Anand ahuja was in white bandhgala suit.  Both the couple looked made for each other. 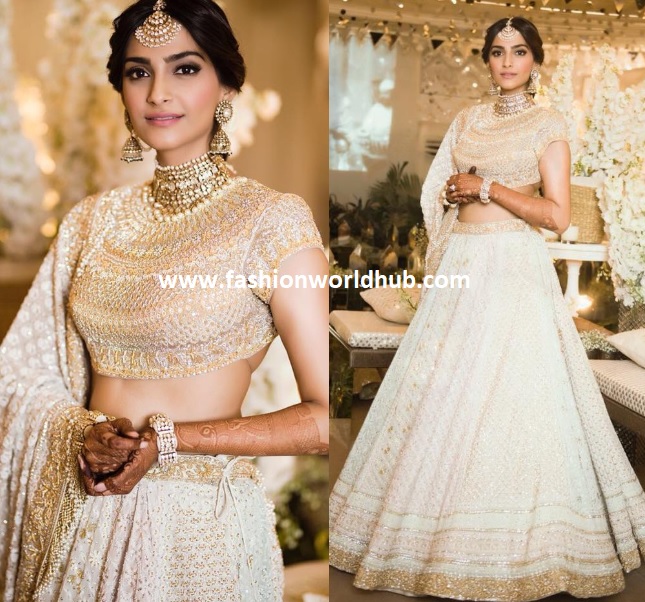 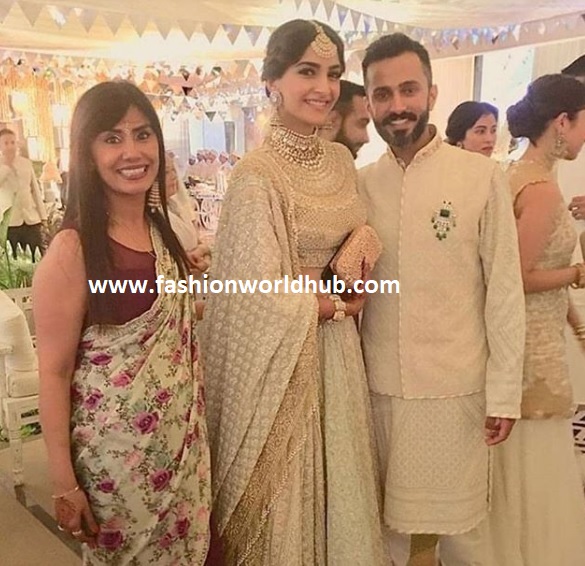 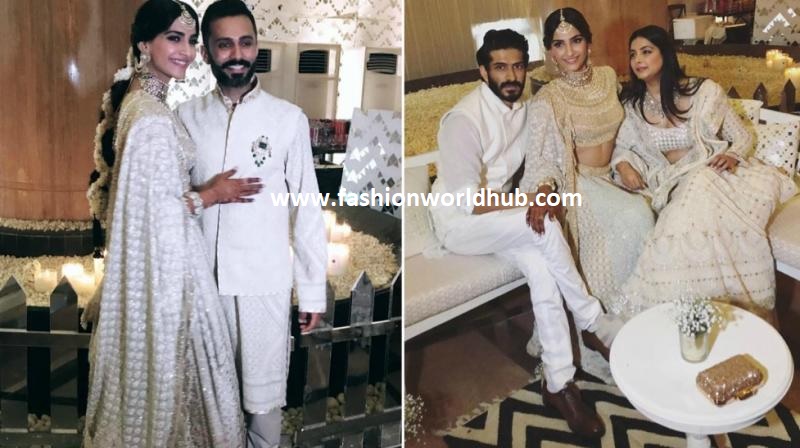