Actor Sumanth Ashwin tied the knot with research scientist Deepika Raju on Saturday morning at a farmhouse in the city.  Actor Nag Ashwin is the son of producer and filmmaker MS Raju. The actor made his debut in 2012 with the film Tuneega Tuneega, under his father’s direction .He later went on to act in films like Ketintha and Columbus, with his most recently films being Happy Wedding, Prema Katha Chitram 2 and Idhe Maa Katha (yet to release). 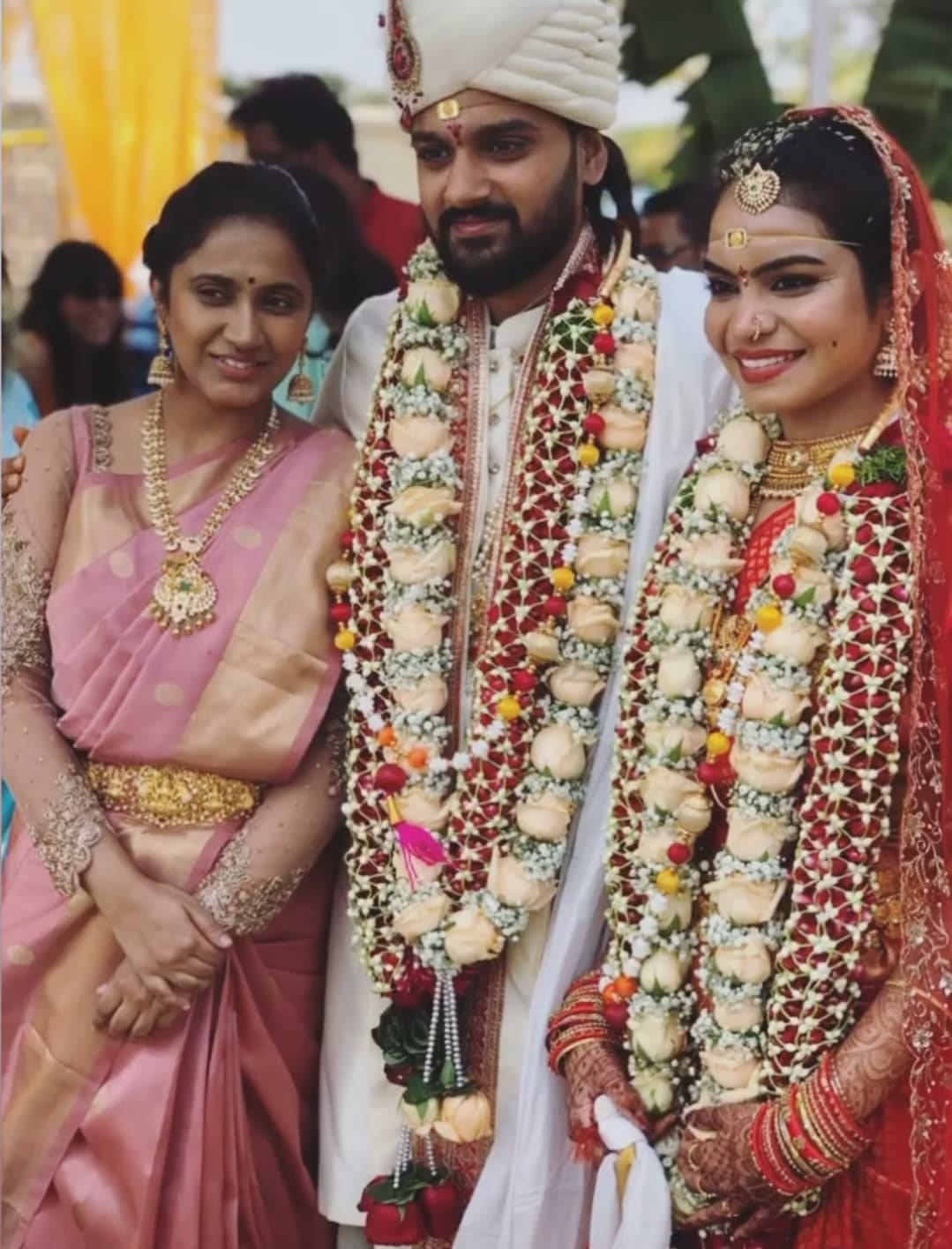 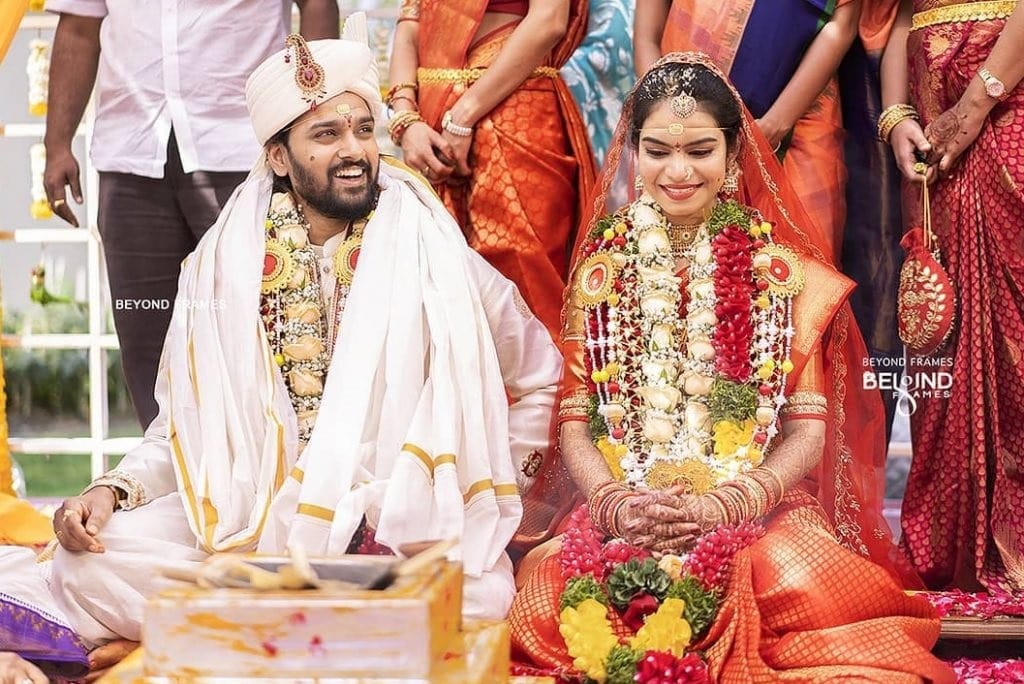 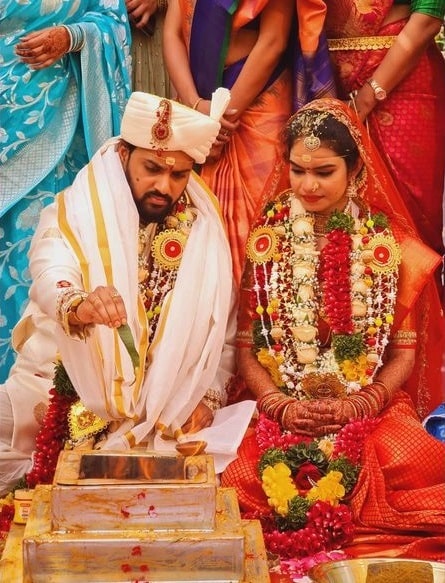 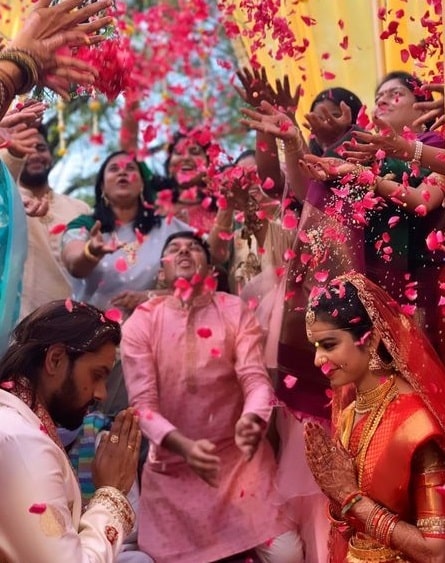 For the wedding  Nag ashwin was seen in traditional dhoti and kurta with a turban on this head.  Like a trending bride deepika was seen in beautiful Red kanjeevaram saree paired with matching elbow length maggam work blouse and she has accessorized her look with traditional gold jewellery and her look was further enhanced her look with red lips, dewy makeup and long braid hairstyle. She looked lovely. With the limited guests to 100 the wedding was performed as per their tradition.  Scroll down for pics. 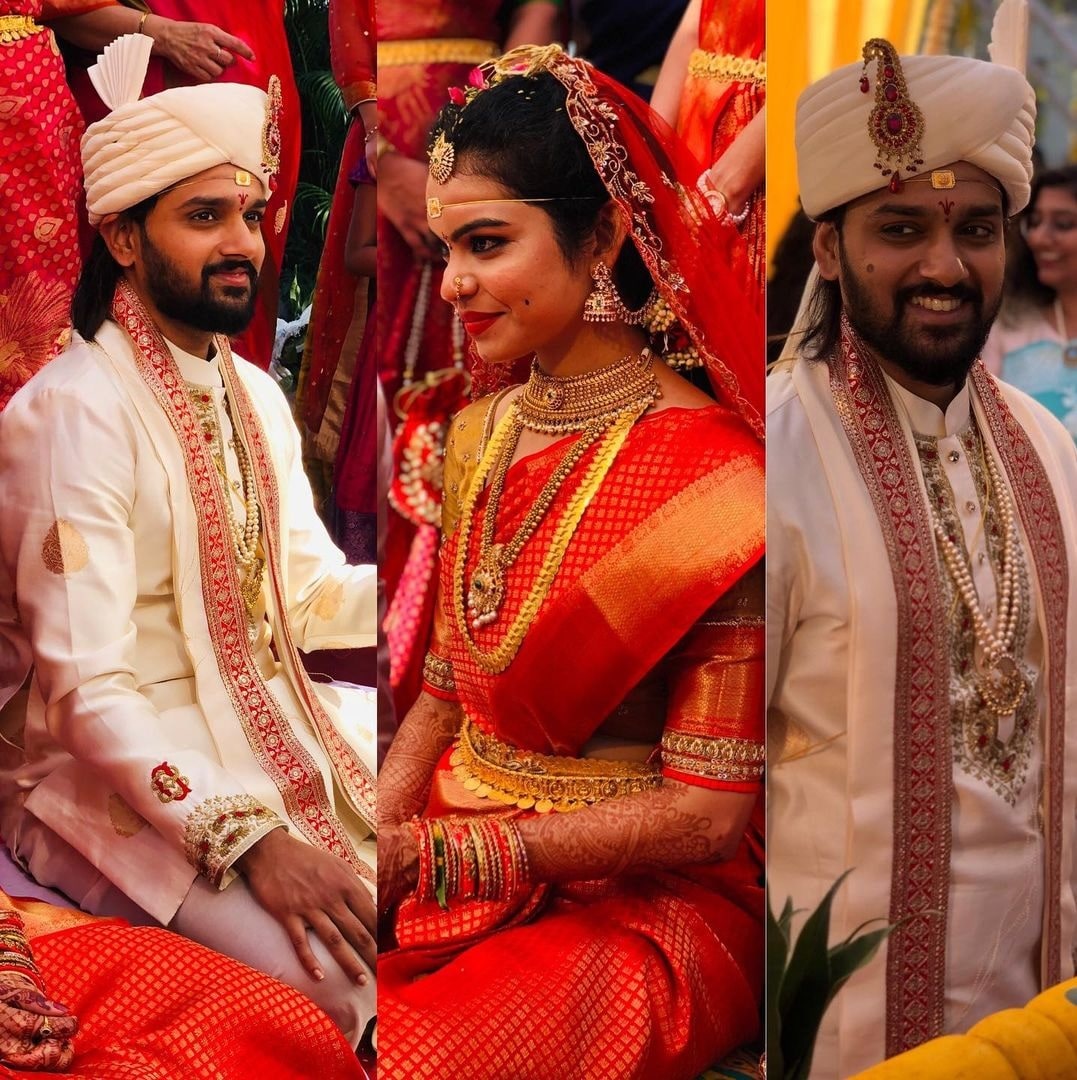 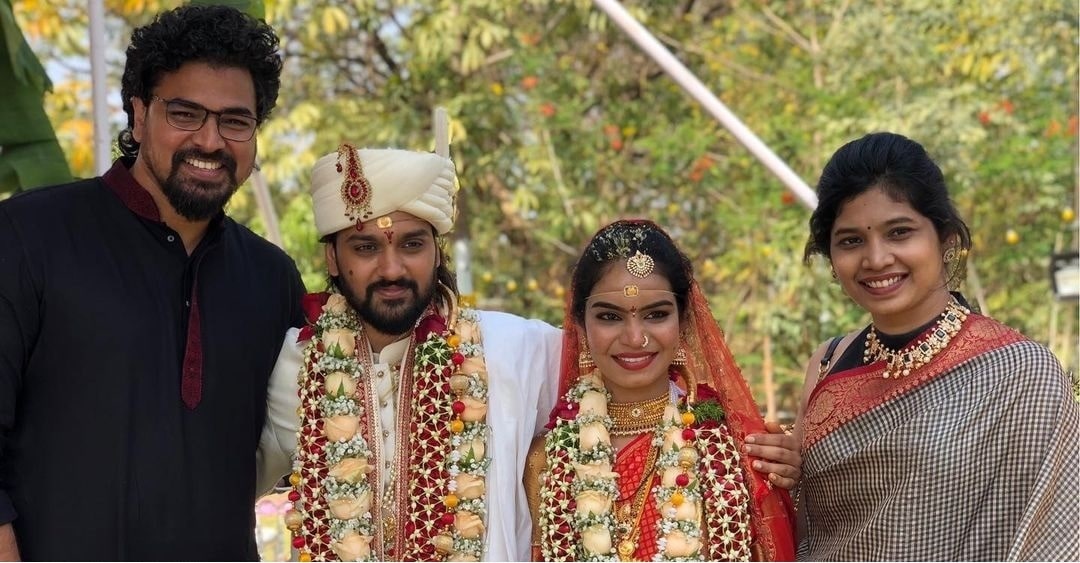