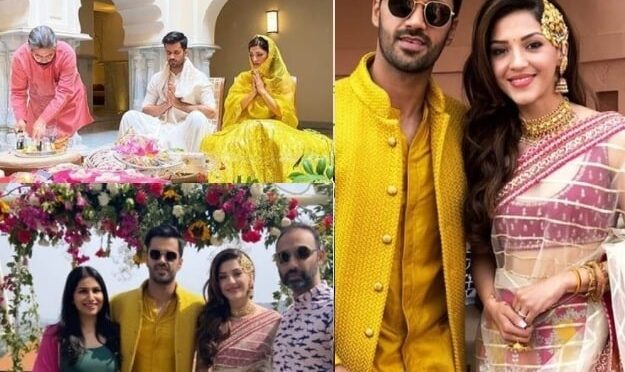 The news that is breaking internet is all about Mehreen Pirzadaa’s Engagement and recently the couple attended the engagement of their close family members  and the pictures went viral in the internet . 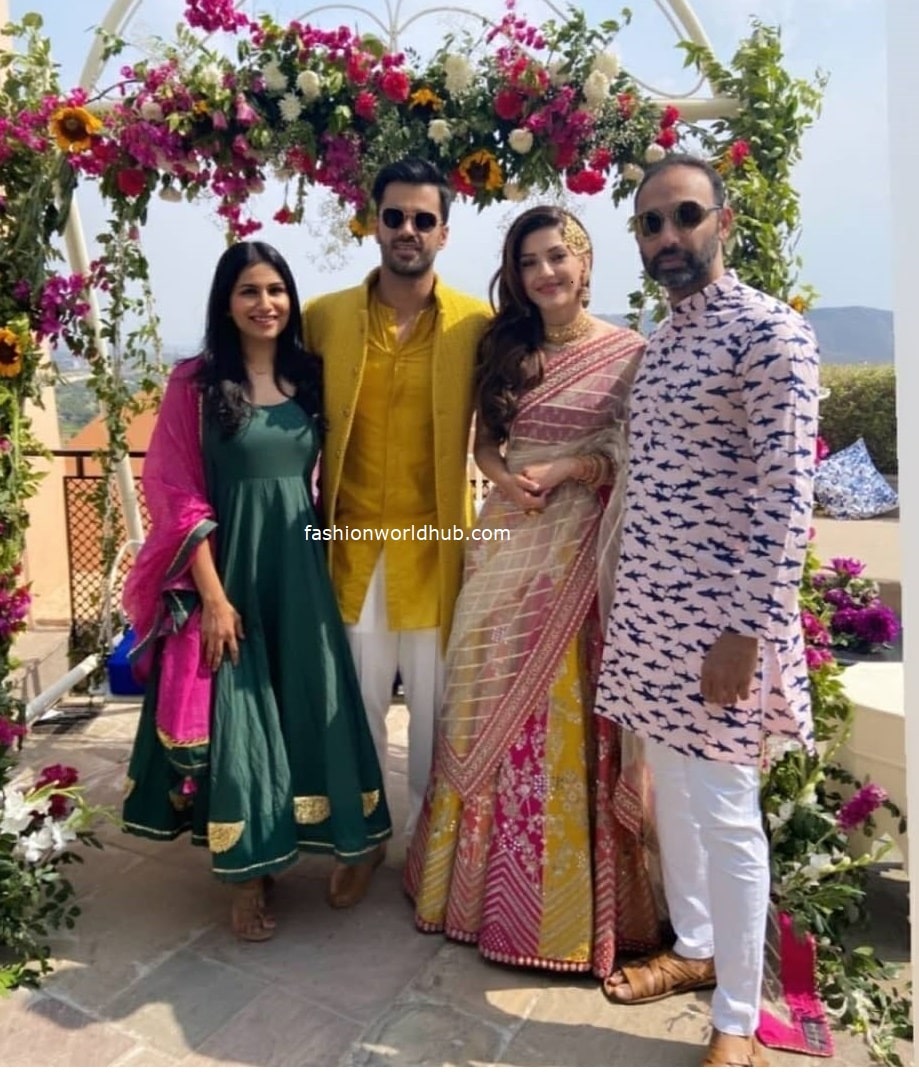 Mehreen won many hearts with her movies like Krishna Gaadi Veera Prema Gaadha, F2 and all the audience are currently waiting for her upcoming movie F3 which is in process and understand from different sources that she may be away from the film industry post her wedding. 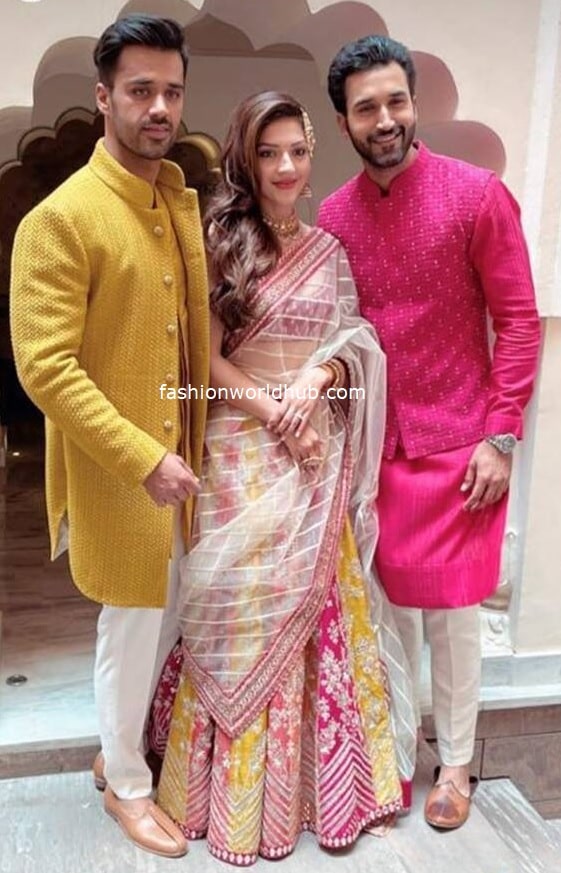 Pre-wedding festivities have begun for actress Mehreen Pirzada and politician Bhavya Bishnoi   .During the month of Feb 2021 mehreen announced that  announced  about their relationship through social media and it went viral in the internet .Today i.e on 12th march 2021 the couple got engaged in Jaipur at Alia Fort  which is a destination wedding.   Mehreen’s brother Gurfateh Singh Pirzada has been sharing several clicks from the pre-wedding ceremonies on his Instagram account. For the engagement ceremony we have seen the couple was opted color co ordinated outfits. At the time of pooja ceremony mehreen was opted the beautiful yellow lehenga set with traditional  gold jewellery and on other hand Bhavya Bishnoi  was seen in traditional white dhoti outfit. 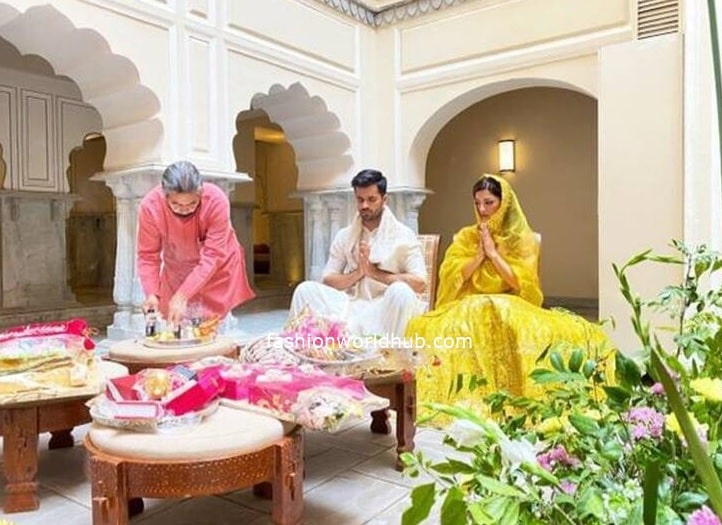 For the second look mehreen and bishnoi was seen in co ordinated outfits. Mehreen was seen in beautiful pink and yellow combination traditional lehenga paired that has beautiful gota patti work all over the lehenga paired with contrast pink sleeveless blouse with sheer net duppatta and she has accessorized her look with traditinal gold jewellery and maang tikka . She looked beautiful and Bishnoi was seen in mustard yellow shirt with matching court and contrast white trouser. They looked adorable. Scroll down for the pics. 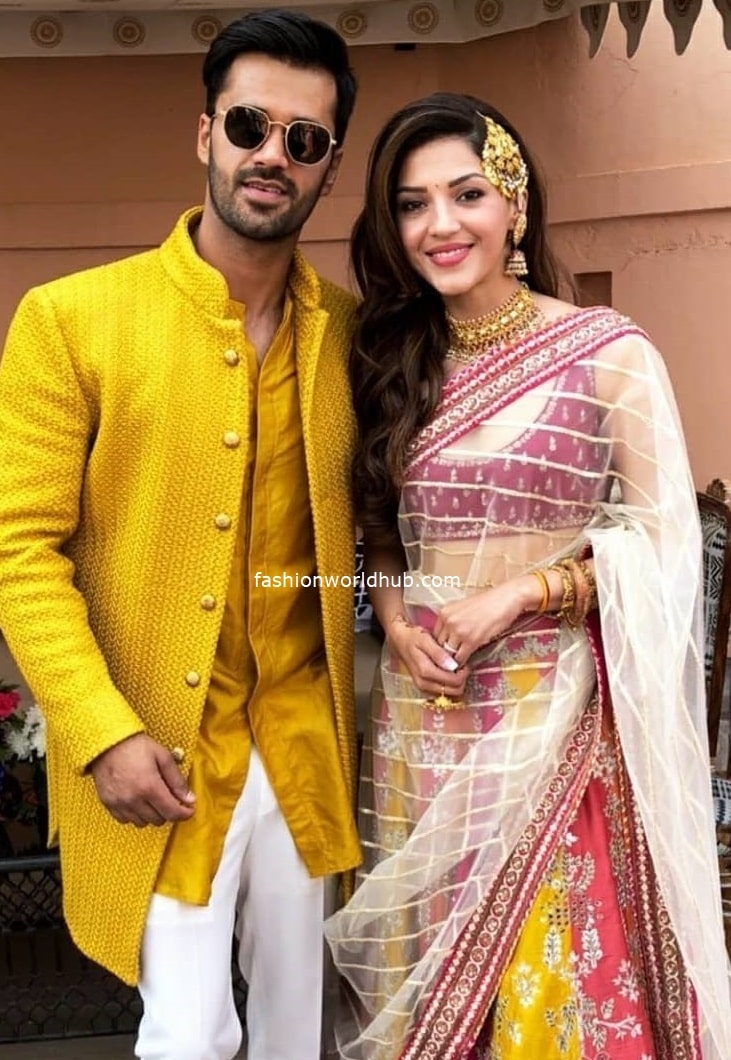