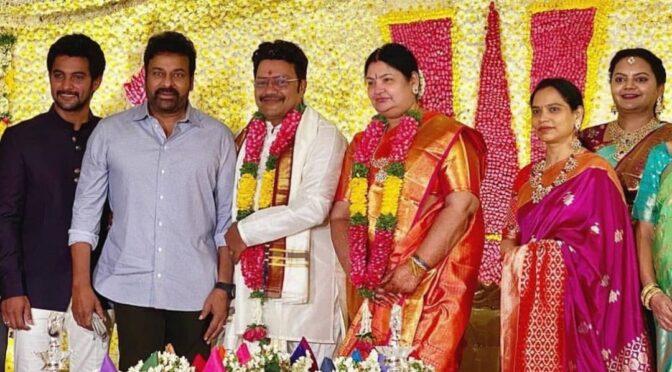 Actor Saikumar who won many hearts with his acting skills and the film ” Anthapuram” is one of the most unforgettable movie in his life carrier and the song Asalem Gurthukuradhu has robbed many south indian hearts. Tollywood celebrities have attended the Sai Kumar’s Shastipoorthi ceremony at Anvaya Convention in Hyderabad on July 24. 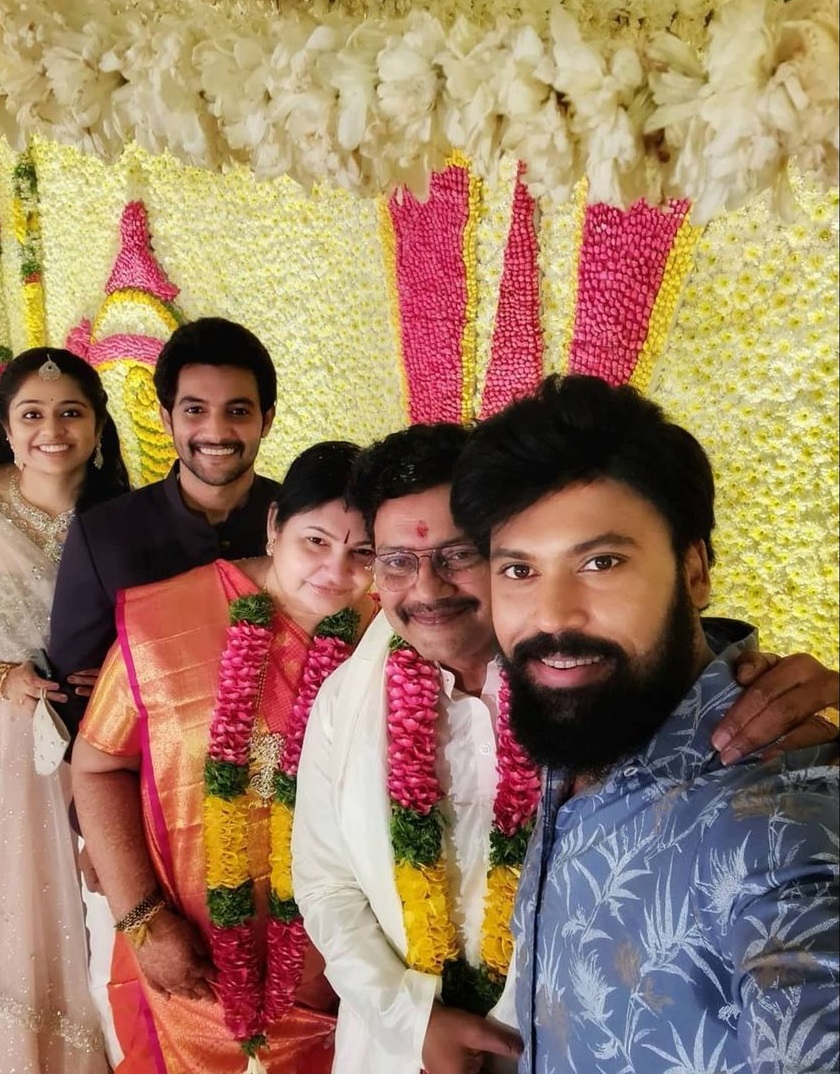 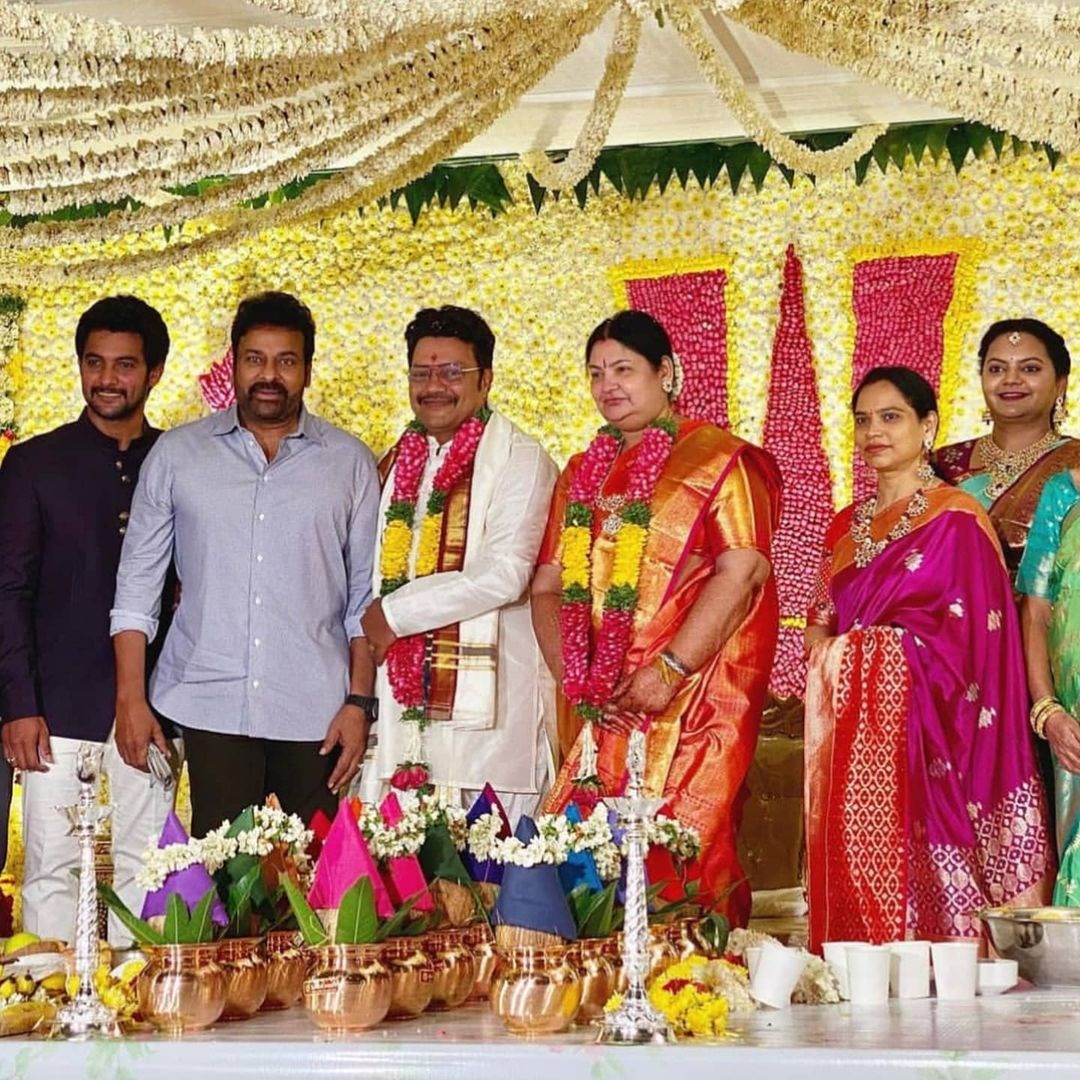 Recently Actor Saikumar celebrated his 60th birthday and was attended by their close friends and family members and we see Chiranjeevi , venkatesh and many other celebrities have attended this grand 60th birthday . For the birthday event saikumar was seen  in traditional kanchi pattu dhoti set and his wife was seen in traditional Red kanjeevaram saree paired with matching elbow sleeve blouse paired with gold jewellery. Scroll down for pics. 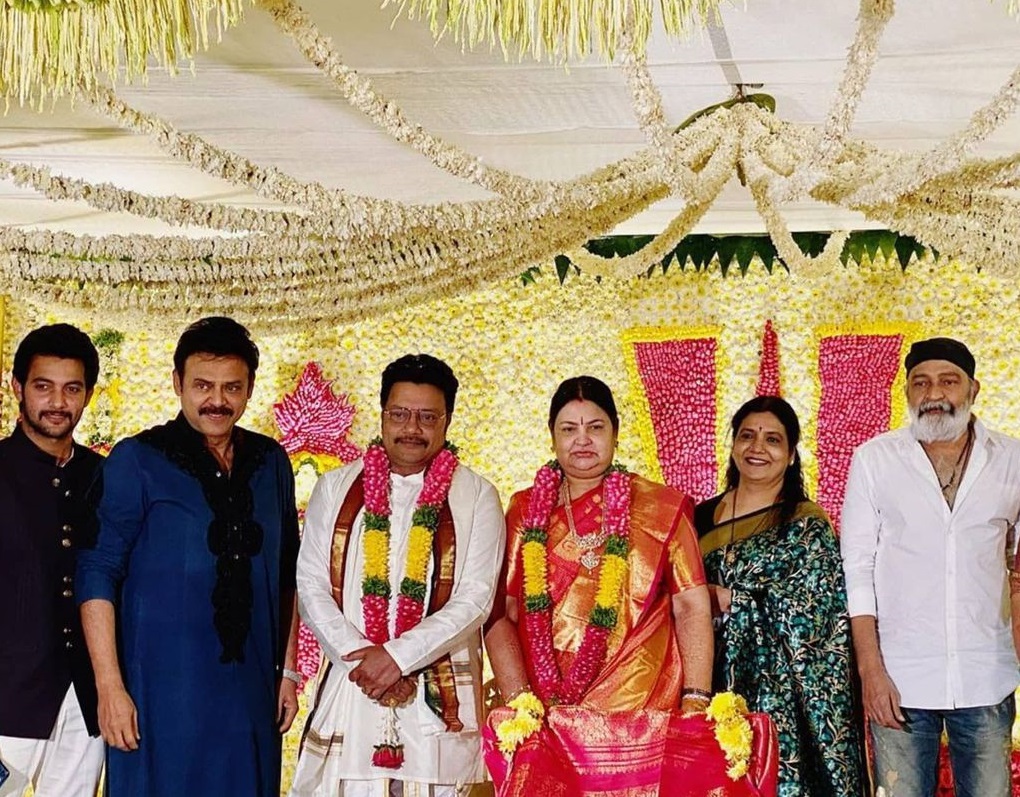 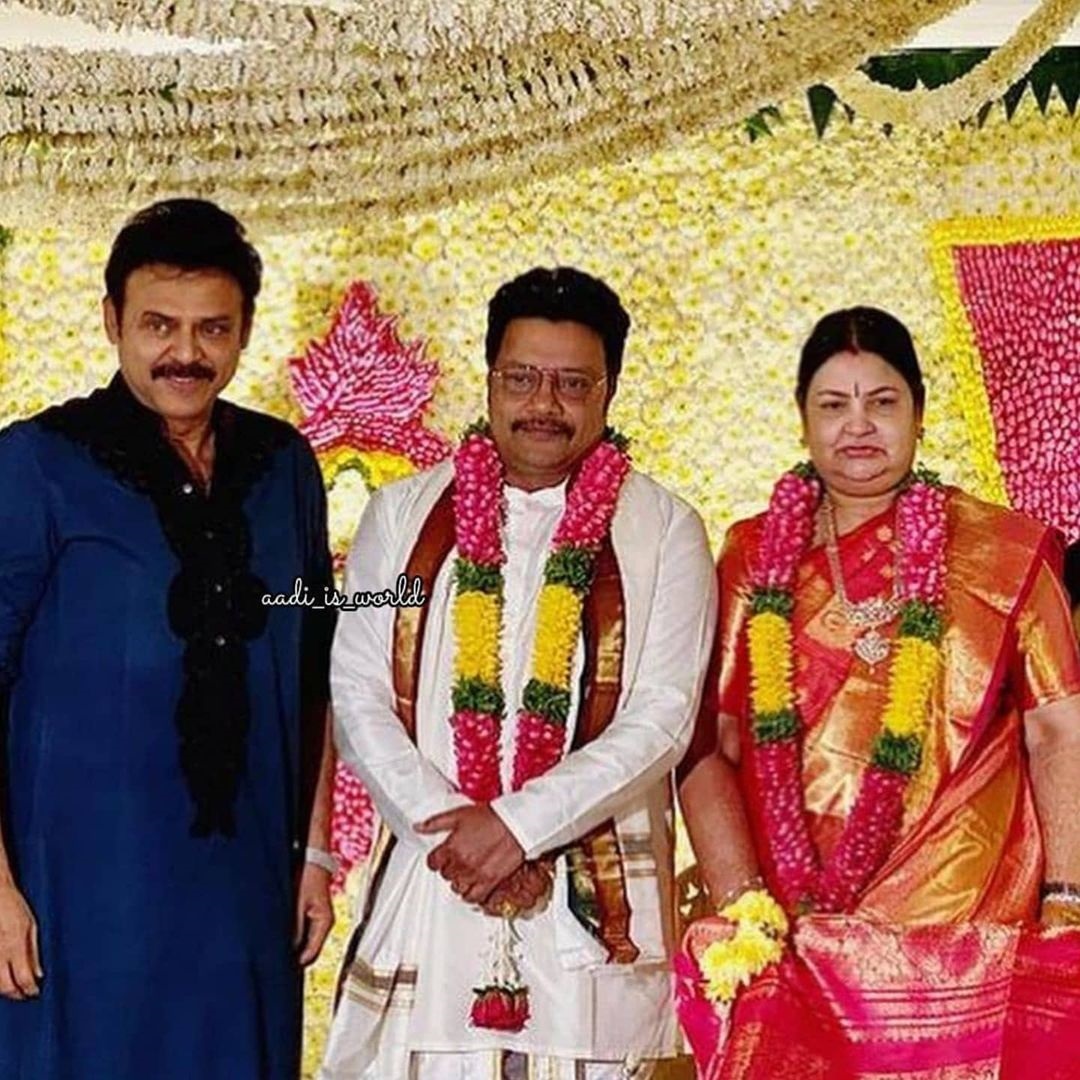 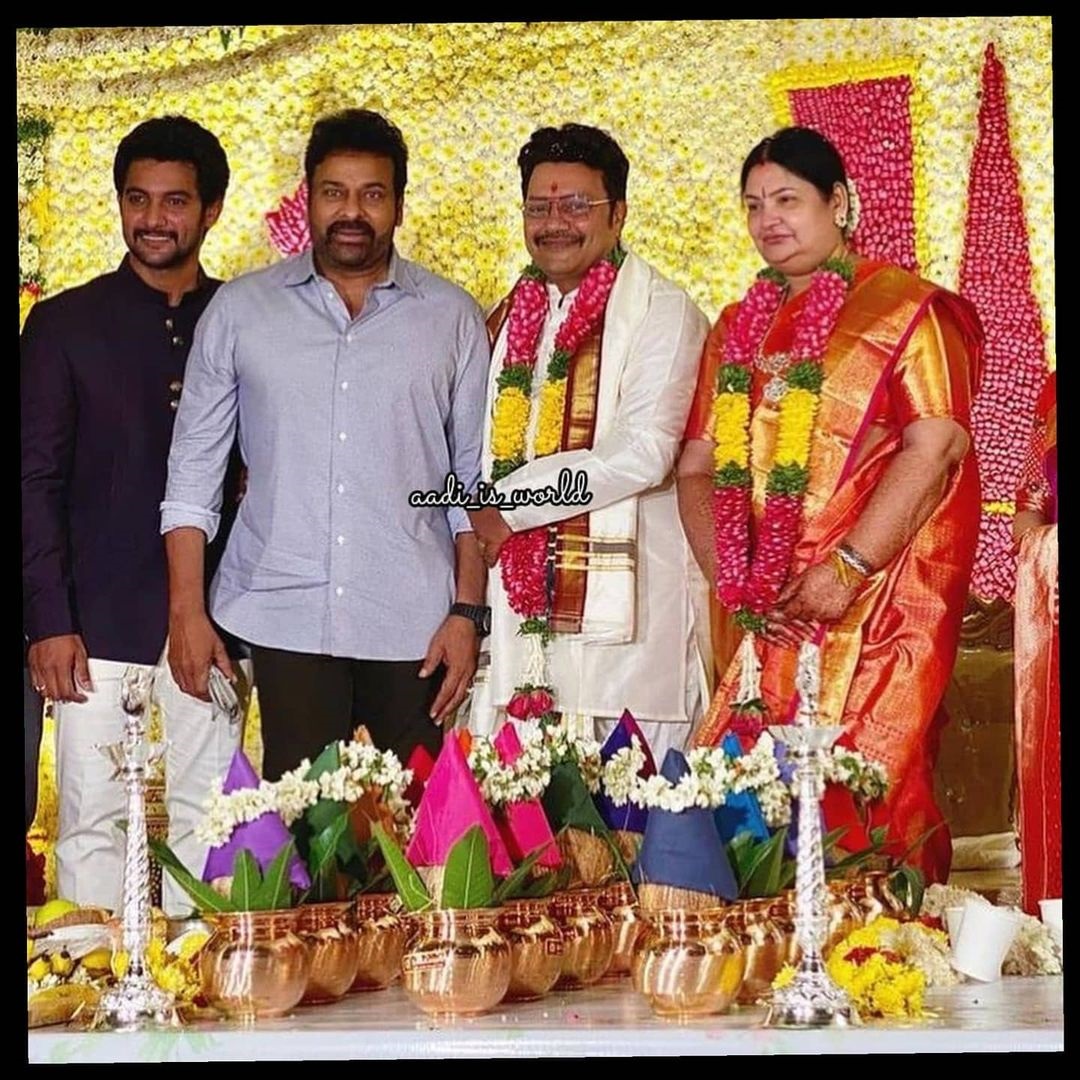