Sources confirm that the celebrity couple are expecting second child. :-

Allu Arjun and wife Sneha are expecting their second child, it has been revealed.
Sneha was recently spotted with a baby bump during a Haritha Haram event and the town was left buzzing with speculations.

The family has been quiet about the whole thing and have not released a statement on the matter. Sources close to the family, however, have confirmed the news. They say the couple took off on an exotic vacation to Kashmir and then Turkey soon after they got to know.
Allu Arjun married Sneha Reddy on March 6, 2011 and their son Ayaan was born on April 3, 2014.

The actor is now gearing up for a new project and the shoot will be held near Hyderabad, which will allow him to be close to his wife. 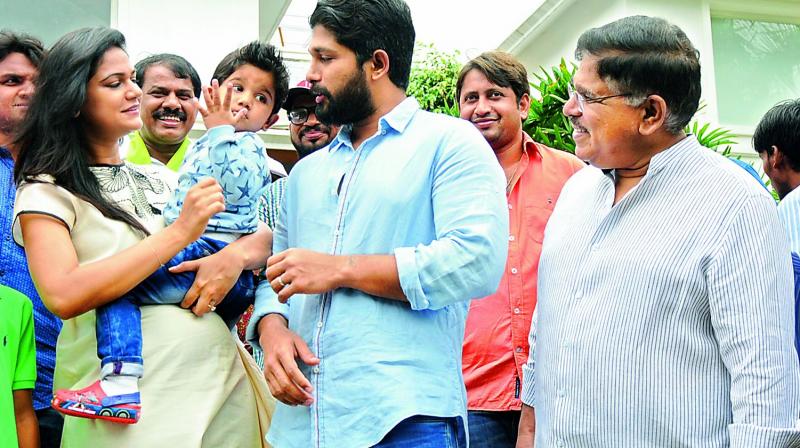